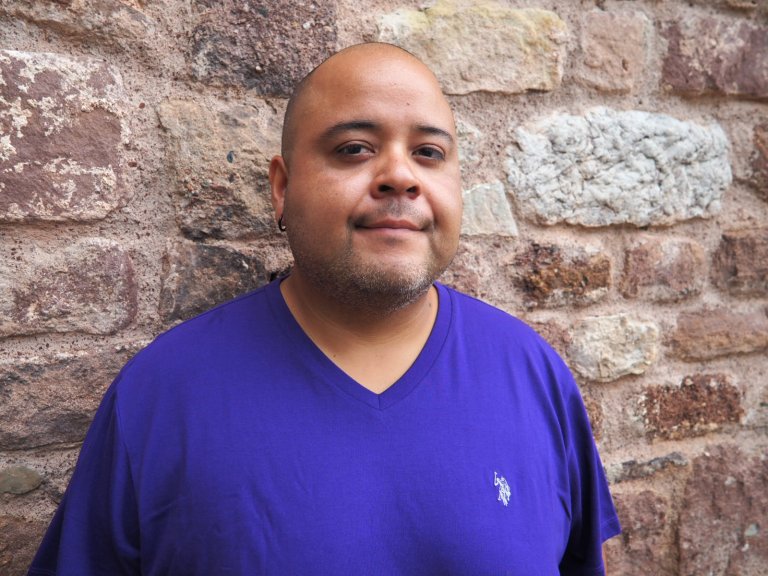 C. ADÁN CABRERA is a writer, editor and translator originally from Los Angeles, California. The son of Salvadoran refugees, Carlos’s writing has appeared in an array of literary magazines, including Carve Magazine, Digging Through the Fat, Spanglish Voces, The Acentos Review,  BorderSenses, parentheses, and Kweli. While completing his graduate studies in San Francisco, Carlos was a member of the 2010 Intergenerational Writers’ Lab and wrote for the bilingual newspaper El Tecolote.

A 2011 Lambda Literary Fellow, Carlos earned his MFA from the University of San Francisco and his bachelor’s degree in English literature at UCLA. His first book, a collection of short stories called Books Can Only Take You So Far, offers the perspective of queer Salvadorans living in the U.S. and explores the complex intersections of race, language, immigration and sexuality.

Carlos moved to Spain in 2011 to continue his writing career, practice his foreign languages, and to push the boundaries of his creativity. Since moving to Catalunya, he began a career as a freelance translator, with a special interest in literary translation. He’s translated Distorsiones, a book of short stories by Spanish author David Roas, as well as a number of essays and poems. Carlos also teaches creative writing workshops and offers manuscript consultations. Carlos lives in Barcelona, where he’s working on a second collection of short stories based in a fictional Catalan town called The Last Day of Summer.