Two friends and I visited two religious buildings today: Santa Victoria de les Feixes (12th century), an hermitage, and the Church of Sant Iscle (10th century). Both are located in the Collserola forest on the outskirts of Cerdanyola. To get there one must walk a couple of kilometers past the noisy train station, in between the tall buildings of stacked apartments, ducking into the shade of one of the many acacia trees, until you arrive at the entrance: the Camí de Can Catà [Can Catà Trailhead]. You pass under what looks like what was once an aqueduct:

And then you turn around and see this:

It’s a lovely sight to behold on a warm spring day like today. Plus, we were lucky to find it open, as it’s only in service three days a year.

Next up was the Church of Sant Iscle. This one is buried a little deeper in the mountainside and is apparently owned by the Catà family, whose affluence dates back to the medieval times. (They still own an enormous estate located near the church.) 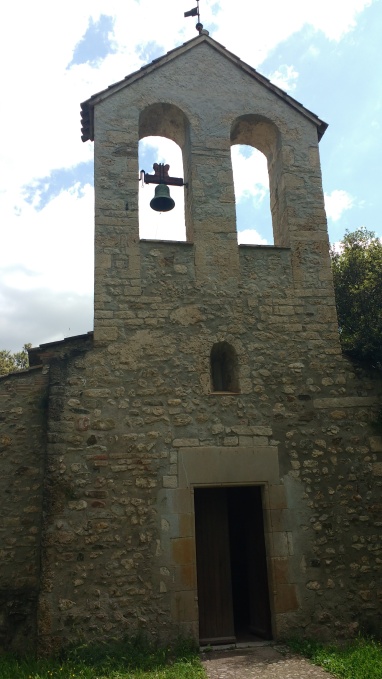 It’s amazing to think just how old this building is – the first mention of it is in the 10th century. And inside you also find other interesting things worth mentioning. There’s the Virgen de Rocio, which it turns out is an older version of the one currently housed at the other church in town. 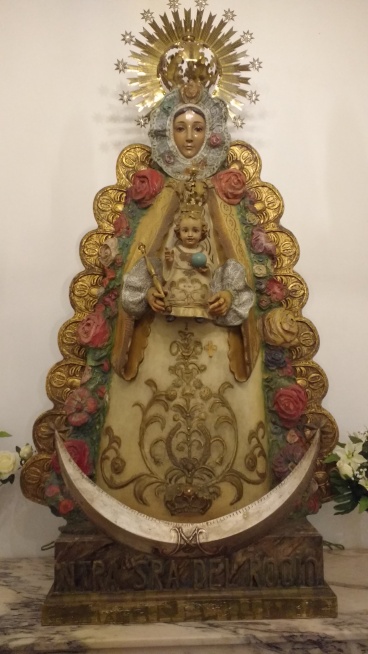 And there’s also the altar. 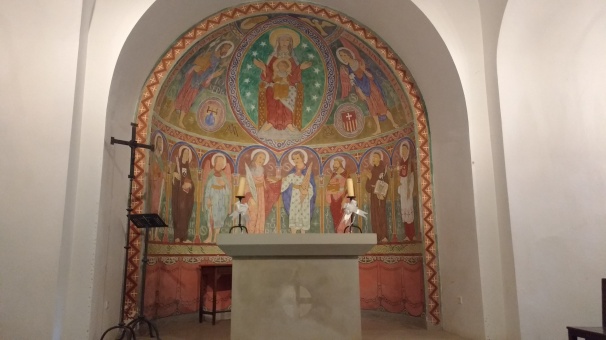 But don’t get too excited: that beautiful fresco is not part of the original art that was once present. The upper part of the painting (with the Virgin Mary in the center attended by St Joseph and another unnamed saint) is a copy of what was once there. But the bottom portion is much more modern, dating back to the 1950s. And none of them are depictions of actual saints, but rather members of the Catà family, enshrined there by their own hand and will. One cool fact that the guide did share with us: that ugly gray block in the center? Turns out it has a fragment (that the guide could not, despite his attempts to jimmy it free, show us) of the original 10th century altar. That, according to the Roman Catholic Church, is enough to keep the site consecrated and thus celebrate Mass there. Which the Catà family does, privately.

If you’re ever in my neck of the woods, make sure to visit these medieval places. The hike there is easy and green, and with good company these churches are well worth your time. If you read Spanish or Catalan, learn more about the churches here.