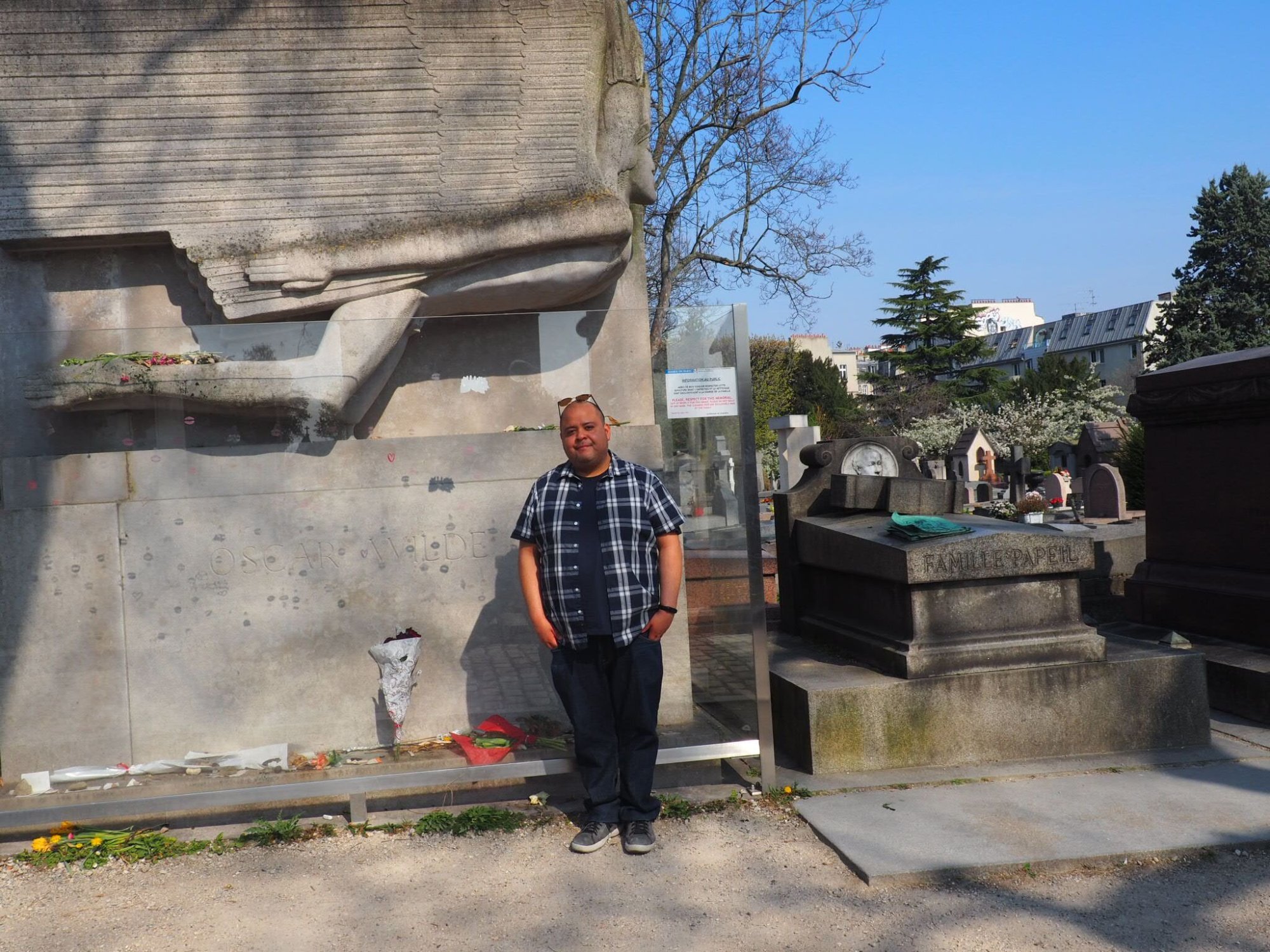 For me, rain is an invitation for reflection, contemplation, to travel into the past. This is perhaps more common in the days of the coronavirus pandemic. The water has been falling continuously since early this morning, collecting in puddles in the empty streets and hammering the asphalt in slanted sheets. A cool wind sometimes picks up, slithering its way under doors and lashing the rain against the glass. The storm woke me up before dawn this morning, pelting away at the concrete as it filtered its way through the lightwell. I listened to it fall against the background of Franky’s even breaths. The entire world seemed to be asleep, except for me.

It was about five o’clock. I stared up at the ceiling, listening to the rain fall for a bit. Wide awake, I rolled over onto my side. The rain seemed to be falling faster now, almost angrily, and I thought about my family and how it had also rained when they visited me last April. Being able to show my parents, brother and his wife the city I’ve called home for nearly a decade and having the opportunity to show them some of the sights I still marvel at after living here for so long is still one of the most satisfying experiences I’ve ever had.

The rain this morning made me think of our trip to Paris and how it had rained unexpectedly on our third day there. Because I’d been there once before (I spent two weeks in the French capital back in December 2009) I planned out what we would see. And besides the typical sights—Arc de Triomphe, Champs-Elysees, the Louvre, and of course the Eiffel Tower—I added another stop: visiting Oscar Wilde’s grave at the Père Lachaise cemetery. I was unable to go on my first winter visit because of the snow and the slick asphalt, but I really wanted to check it off my list this time.

Needless to say, my father and brother weren’t exactly excited about having to go to a cemetery. It was the second of our three days in Paris, and they were both tired from the excursion the day before (we’d explored large parts of the city on foot) and didn’t really feel like walking too much. But it was a bright, sunny day and my dad, brother and sister-in-law would wait at the entrance while my mother and I went to Wilde’s grave.

My camera bounced on my chest as we made our way up, then down the cobblestone passages. I’d downloaded a map onto my phone before we left the hotel, but as we navigated our way through the ancient tombs, some of which were empty and yawned up at the sky with an eerie silence. We combed through a bunch of French surnames, my mother struggling to pronounce some of them. Proust, Piaf, Apollinaire, Balzac…we passed the graves of lots of famous celebrities, but I couldn’t find Wilde anywhere.

I decided that I’d ask someone for directions. We headed toward the central part of the cemetery where the chapel was located, as well as the stunningly beautiful Monument aux Morts, or Monument to the Dead.

Because my mother and I have a similar personality, being in a cemetery naturally led us to conversations on mortality, death, and the importance of memory. We passed the graves of strangers and saying how not too long ago, some of the souls housed under stone skies once walked the very same passages that we were wending our way through now. My mother stood silently watching as I snapped pictures of tombstones and their elaborate sculptures. And because I’ve always had the curse of knowing when I’m making memories that will be with me for the rest of my days, I also knew that one day I would write about my experiences that day. I took more pictures, some of my mother posing in front of empty, sunlit expanses, and we continued to make our way to the center of the cemetery.

The chapel soon came into view. Two elderly men were walking toward us, one of whom held a piece of plastic that had probably wrapped flowers. I heard them speaking in French as they approached, so I asked,

Green-eyed, tapping the cobblestone with his cane as he walked, one of the old men chuckled and responded,

I don’t know, but he won’t be moving anytime soon. I translated this to my mother and she laughed along with them.

We made our way to the Monument to the Dead and we ran across a young woman about my age cleaning a nearby grave. She gingerly pulled weeds from around the tombstone, pouring water on the marble and wiping it down with a cloth she’d brought from home. I approached as respectfully as I could so I would not bother her and asked the same question.

She didn’t look up and simply responded,

In books, she said. And she continued scrubbing the tombstone.

I murmured a quick merci and motioned to my mom that we needed to keep looking.

At that point, we’d been gone for more than an hour. I’d been following the map to get to Wilde’s grave, but couldn’t seem to find him. A few minutes later, we saw a man jogging toward us. I also decided to ask him, bracing myself for another philosophical answer to my simple question.

He took a sip of water before answering.

Over there, he responded in English. He pointed at a row of graves behind us. There, I see it every day. He dabbed at his sweat, nodded at my mom and continued on his way before I could thank him.

Relieved, we made our way to Wilde’s grave. After first reading Wilde’s work in high school, studying him at UCLA, holding a manuscript of Dorian Gray while researching my undergraduate honors thesis, and endless hours savoring his prose, his grave finally came into view. I was speechless. Gone were the famous lipstick marks and other tokens of love that people had left over the decades, but I still stood on an adjacent grave and stuck my hand over the plexiglass barrier to feel the original stone. Just behind those few inches of stone were the remains of one of my favorite authors and one of my first literary role models. Though she’d never read any of Wilde’s work, my mother could see I was enraptured by the power of the moment, a lifelong dream coming true, and so she asked me to pose so she could take a picture of me:

After standing there for a moment, simply looking at his grave, we made our way back to the entrance. My dad, brother and sister-in-law were where we’d left them, a steady stream of visitors beginning to file past them to venture into the cemetery.

My sense tells me that I will be returning to this memory often: I find new details every time I return, and I think that it will take on new meaning as the years pass. Today, though, I remembered that it rained the day after we visited Père Lachaise. The rain woke me that morning as well, but I remember also feeling comforted and reassured knowing that my family was in the room next to me in our Parisian hotel. I listened to the falling water and tried to engrave in my heart all the memories of our time together. Perhaps I knew that I’d need them one day.