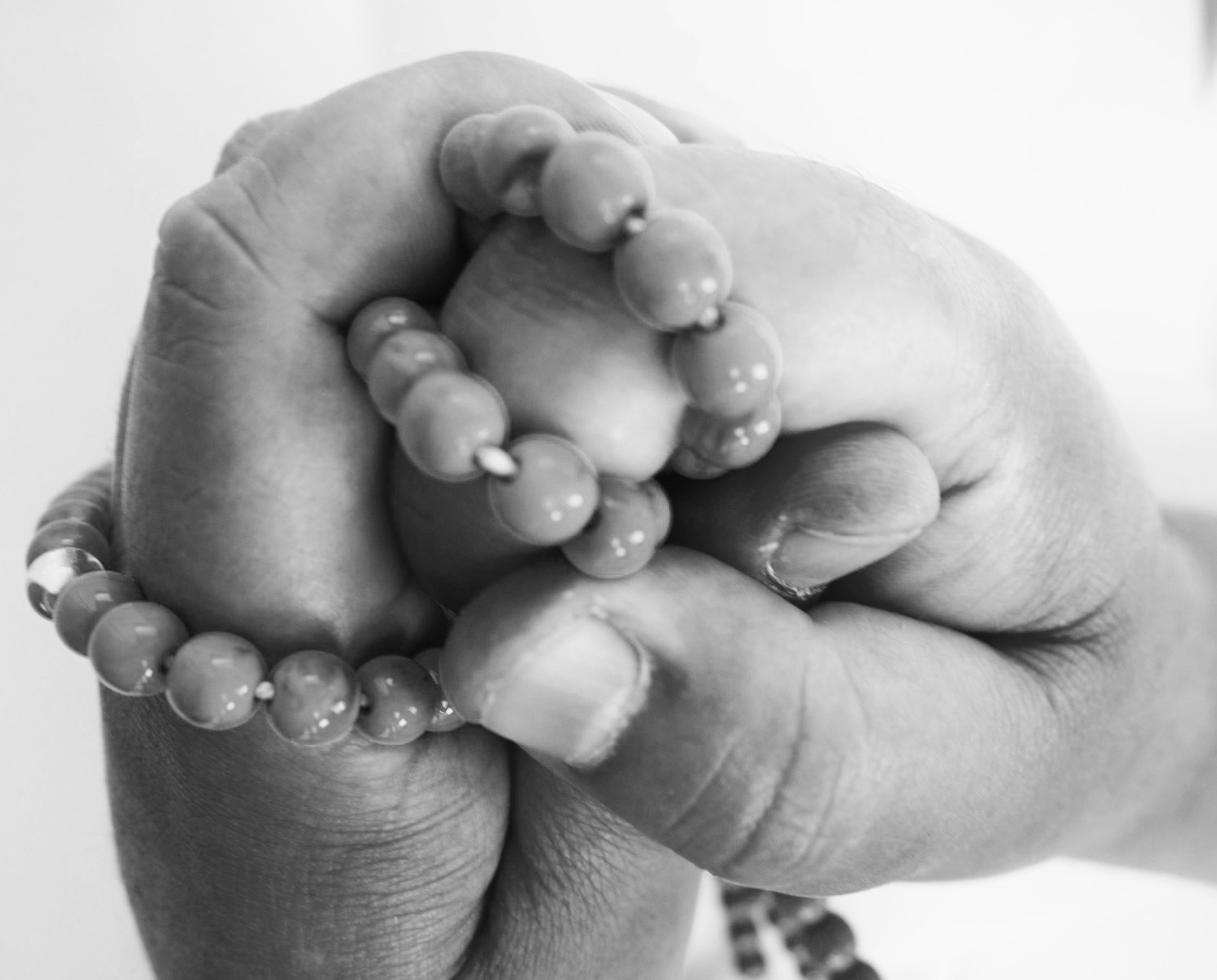 I’ve always been haunted by an almost unhealthy awareness of the impermanence of life. Whether the occasion is festive or grim, whether I’m out drinking with friends or toiling away alone in my studio, I have since a very young age always felt the unbearable weight of time. For me, the days cannot pass unmarked, milestones do not manifest without acknowledgement, loved ones are carefully registered in gestures and personalities to be resurrected for posterior generations. I’m always observing details, aware that each moment is fleeting. Life isn’t just something to experience and to be enjoyed; life is instead an invitation to reflect on my own place in the shifting currents of time and an opportunity to record details that, when I am no longer in this world, others can experience much in the way characters are always alive in a book. This urgent need to preserve, to record, to protect—to search for literary immortality—is without question one of the most important aspects that has guided my writing.

It’s for this reason that I’ve come to the page again this morning. Today is the 59th day of the government-enforced lockdown in Spain, and though the situation here has improved enough for large swathes of the country to lift their most stringent lockdown measures, we’re certainly not out of danger yet, especially not in Catalonia, where I live. And it’s hard to feel the first rays of hope when, like so many people around the world, the coronavirus has stalked me personally: first my mother-in-law came down with COVID-19, resulting in two weeks where we did not know if we would see each other again; then her former partner died from complications related to the coronavirus about a month ago. And now, as I write these lines, Carmen, my paternal grandmother who is on the cusp of turning 89 is fighting for her life in an ICU unit in Los Angeles, where she’s connected to a ventilator. Regrettably, a few days ago the doctor confirmed that my grandmother has also contracted COVID-19.

The last time I saw my grandmother was in January 2016. I’d moved to Spain four years earlier and it was my first visit to Los Angeles since I’d relocated to Barcelona. Much had happened during the four years I was away: I launched a new career, finished a book, and met my husband, who had accompanied me on my trip back home to California. I remember being nervous about introducing my husband to my family and friends (as given the distance, they’d never met before), and feeling especially anxious about introducing him to my elderly grandmother. I’d only come out to her the year before. I mean, how was my grandma—then in her early 80s, deeply religious and conservative—going to react when I brought my same-sex partner into her home?

As it turned out, I had nothing to worry about. She treated him respectfully, asked polite questions about our life together in Spain, and only once brought up the Bible (to underscore the importance of respecting our parents) during lunch. Then, while my husband nodded off on the couch, I sat with my grandmother at the kitchen table and simply talked for a couple of hours.

I looked around the storied apartment as we spoke. I thought how she’d lived in that same one-bedroom flat near Vermont and Fountain for the past twenty-five years and how those walls had borne silent witness to the pass of time. My siblings and cousins and I had grown up sitting on that shaggy brown carpet, laughing at el chacál on Sábado Gigante on the T.V. and sharing a bag of cheese Doritos; now those kids had children of their own and had even introduced my grandma to her great-grandchildren. Christmas gathered around the shabby, unlit tree, where my tías would take turns handing everyone their presents with our names written clumsily in green ink before we’d all dine on tamales made by my grandmother; these days everyone celebrates with their respective immediate family members, and we learn what presents everyone has gotten through Instagram instead. I again contemplated the stacks of ancient, chipped plates and the rows of drinking glasses stacked neatly in her wooden cupboard; the yellowed doilies and faded plastic pitchers; the half-loaf of wheat bread with the Roman soldier on it (an image which years later would bring me to tears during my first visit to the Italian capital). The dusty ceiling fan, the never removed calendar, the relic of a television set. Sitting in that apartment on that January morning four years ago, time and memory had never felt so palpable.

I finished the meal my grandmother had prepared—a final bite of the handmade tortilla, the masa still warm; a last nibble of the boiled yucca and corn on the cob; the penultimate sip of watermelon fruit juice—and listened as she listed off the complaints about her health: aching joints, creaking bones, diabetes. My grandmother sat in front of me, rubbing her left shoulder as she spoke, adding another ailment to the seemingly endless litany.

Through the weak midday light that entered my grandma’s apartment, I contemplated the contours of her face which had started to sag noticeably the last few years. At that point, I hadn’t seen my grandmother in four years so the changes in her physical appearance were even more apparent to me. The lines on her cheeks that were once merely suggestions of age had turned into deep ravines; the skin around her neck and on her hands and arms had become evidently wrinkled; I seemed to have to bend a bit lower to fully embrace her, suggesting that she had perhaps stooped a bit lower under the weight of her years. 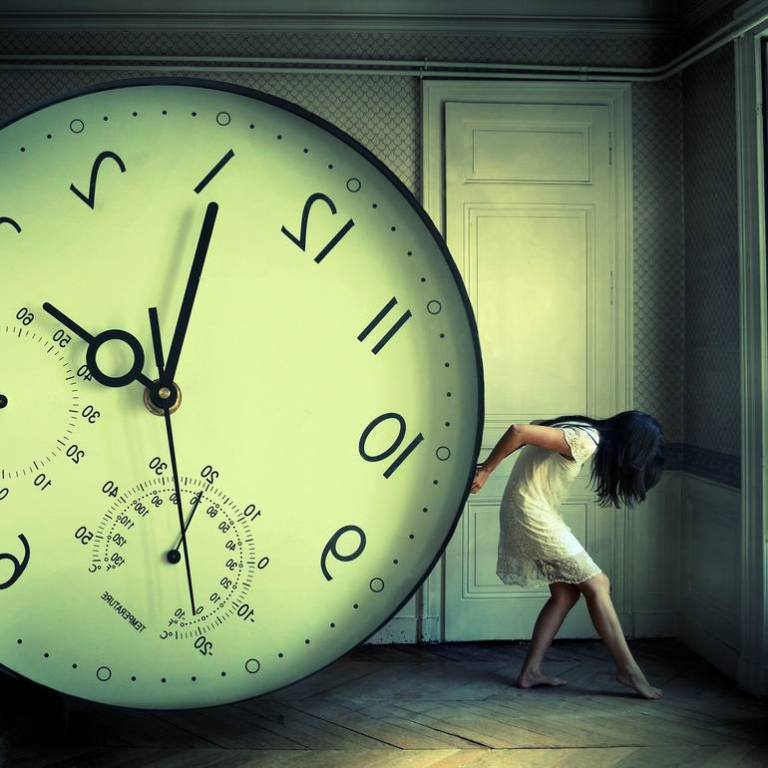 The Weight of Time by Julie de Waroquier

Perhaps it was the fact that we were flying back to Spain the next day, the awesome presence of her aging self, or the siren call of memory. Or perhaps a mixture of all three. All I know is that, sitting there with my grandmother at her kitchen table, I began to weep. And I don’t mean just getting teary-eyed; I mean sobbing in a way that’s rooted deeply in one’s soul, the way one cries when one is mourning. Sitting with my grandmother at her kitchen table that afternoon, I felt the terrible burden of time, and I felt as well the very real dread that, given her age and the fact that I lived in Europe, that might very well be the last time I saw her.

Embarrassed by my sudden emotional outburst, I looked up at my grandma. She was sitting calmly with both hands on the table, her fingers interlaced, turquoise-colored veins roped around wrinkled fingers. She looked at me in the same way that one regards a child who is just beginning to understand the ways of the world. In this way she has always reminded me of Úrsula in One Hundred Years of Solitude. She took my hands in hers (they were still moist from the dishes that she’d done herself despite my protesting) and held them quietly.

My grandma didn’t need me to say anything or to explain why I was crying. I shook as I felt the bittersweet emotions run over me: the knowledge that my grandmother was alive and with me in that moment was something I knew I had to cherish and remember forever, but that same awareness made me painfully aware of how in just a few short hours I would fly back to my life in Spain that, though happy and fulfilling, was still a life away from my family, still a life away from her.

I felt the familiar wave of guilt wash over me (why’d you move way you fool; why didn’t you stay here, you selfish bastard, to see your nephews grow and your parents grow older day by day; why aren’t you here to enjoy time with your grandparents while they’re still around) and perhaps sensing this, my grandma squeezed my hands more tightly.

In Spanish, she said to me something that will always stay with me. Indeed, even now, as she battles COVID-19, a bacterial pneumonia infection and the disease of loneliness, I shall always remember what she said because it captured exactly what I was feeling.

This roughly translates to, “When I’m no longer around, I want you to remember this afternoon when we were sitting here together.”

I looked up at her, in awe. My grandmother has always been aware of her death and often reminded us of the fact when we were growing up. She’d even paid for her funeral and burial service twenty years earlier. The fact that, in that moment, my grandmother did not sugar coat her eventual departure and instead encapsulated my own perspective on time, gave me the uneasy peace, that prickly comfort that comes of a deep, shared knowledge. We both knew that the possibility existed that she would not be around the next time I visited Los Angeles, and that afternoon we both tacitly agreed to focus on that moment that we would both remember for the rest of our lives.

An hour after that emotional exchange, my husband and I had to start heading back to my parents’ house. We were flying back to Barcelona the next morning and we needed to purchase a few things and to finish packing. We took pictures on the stairwell under the late afternoon sun, portraits where, in her typical way, would end up not quite looking at the camera.

I kept finding threads of conversation, wanting to stretch the day out as long as I could, until the light started seeping out of the sky and was replaced with the first few skyscrapers switching on their lights.  Cars hummed as they passed by; the smell of exhaust hung heavy in the air. My grandmother walked us over the uneven pavement to my car that was parked right in front of her building.

My husband said goodbye first, bending to kiss her on either cheek, European style. Then it was my turn. I hugged my grandma as tightly as I could, tracing her shoulder blades under my fingers and the softness of her cheeks as I stooped to kiss them. I kissed her thinning hair that she kept dyed a shade of auburn despite her advanced age, stroked her shoulder as I bent down to hug her again. I wanted to remember how her body felt physically and take that memory with me the rest of my life. I felt the familiar tears and that bittersweet awareness begin to take hold, so I pulled away, told my grandmother I loved her, and got into the driver’s seat.

Ya nos veremos, hijo, she called out to me. Cuídate. See you around, my child. Take care.

I pulled away from the curb and slowly eased into traffic. My husband and I sat in silence for a few minutes before he put a hand on my knee, in silent understanding. I told him that if my grandma should pass before I return to Los Angeles the next time, that I would always remember that particular afternoon and how she sensed my glimpsing the bleak truth of life and time. And that still stands today, May 10, when my grandmother is sedated and battling for her life against the coronavirus. For though I haven’t seen her in four years and am praying ardently for her recovery, I know that if she should pass, we said our goodbyes that afternoon in her apartment, and that that memory would be with me for the rest of my days.

And there is this image. As we drove away that last afternoon, just before we turned the corner, in the rear view mirror I saw my grandmother, one hand in her apron, the other raised heavenward, waving farewell beneath the star-scattered sky.